Think about the act of reading cards as an extension of the most natural part of you.

This means you’re not trying to be “a Tarot reader“, whatever that might be. You don’t have to have some idea or definition of what a Tarot reader is or should be like and then try to put it on like an overcoat, or try to fit yourself into it. Instead, relax and read the pictures; we learn how to do this as we work through the material in the book.

Should you try to be ‘psychic’?

You do not have to be “psychic“, again, whatever that might mean, if you are going to read cards correctly. It’s not true that everyone is psychic. At the same time, some people have an interest, but no ability; others have ability but no interest.

It also happens – too frequently – that what passes for psychic power is often just guesswork and not to be trusted. I had a friend named Jane some years ago in Glasgow who had a reading one winter from a well-known psychic. Jane was told that someone she knew who owned a white car was going to have an accident. Jane’s then-boyfriend happened to have a white car and was going to be driving to Edinburgh the next day along a dangerous stretch of the M8 motorway. Would he return safely from his trip?

The psychic got the friend and the white car right, but the prediction didn’t happen since there was no accident. What the psychic didn’t factor into the equation was that Jane had her eye on someone else and was looking for a way out of her current relationship. She didn’t want the boyfriend to get damaged, but she didn’t want him in her life any more, but if the psychic was aware of this, she mis-interpreted it.

This is the kind of problem you come up against with a psychic approach. It may seem like the easy way, or the best way to get to hidden information – you just talk and say what is in your mind or imagination and assume it is going to be correct for the questioner – but it can be way off the mark, and you don’t know what you are getting wrong.

If you depend on your psychic ability, you may pick up a correct name or two, or a time and place – maybe from reading the questioner’s thoughts, or from a lucky guess. It doesn’t follow, however, that you will automatically put the information together in the right way. You may have some of the ingredients right, but follow the wrong recipe so you end up with fruit salad when you thought you were making an apple pie.

What about using our intuition?

Other instructors want you to develop your intuition, but it can be hard to know when what you get is the truth from real intuition, and when it’s just a guess or wish fulfillment. You might interpret a card based on your intuitive understanding of what you see there – so you tell the questioner something about themselves – but you are really taking to, and about, your own self.

The reader is person too, and we all have our challenges and strengths and weaknesses. Think of the times when a friend was giving you advice or an opinion about what you should do, and you found yourself thinking: Wait a minute, you’re describing your own problem, and not really mine.

So the reader may turn the King of Swords and begin talking about this card representing some strong and decisive person who is going to come along and save the day. A savior, however, can be what the reader is looking for, while in truth the questioner would make progress if he or she were to act like the King of Swords, being willing to do the hard work, having a clear picture of what is required for the situation, and accepting that sometimes you have to take responsibility and stand your ground.

The reader can be talking about their own self through the card, while it – the card – wants to be applied to the questioner in order that he or she will make progress.

Also, what, actually, is intuition?

Intuition would seem to give clear and definite answers, but even people writing books about intuition can have trouble defining it, so how do you know that you’re getting a truthful impression?

One writer says that you can know it’s your intuition in action by listening to your body. This seems ok, or the body would be a reliable source if we weren’t breathing polluted air, eating chemically laden foods, taking medication, smoking and drinking, and so on. It’s hard to trust the signals our body gives us when it’s 2016 or later, and not 150 years ago when the world – and our bodily systems – were less polluted.

So when it comes to reading cards, there are two lines of activity to follow.

On the one hand, it is important to know the cards and what they show – not so much what they mean, but more what direction or situations they point to.

On the other hand, it is going to be important to know or develop your own self. We expand and increase our knowledge about a variety of subjects so we can make sense of any card in answers to questions in different areas. This is why the first point in this chapter was to see reading as an extension of the most natural part of you. 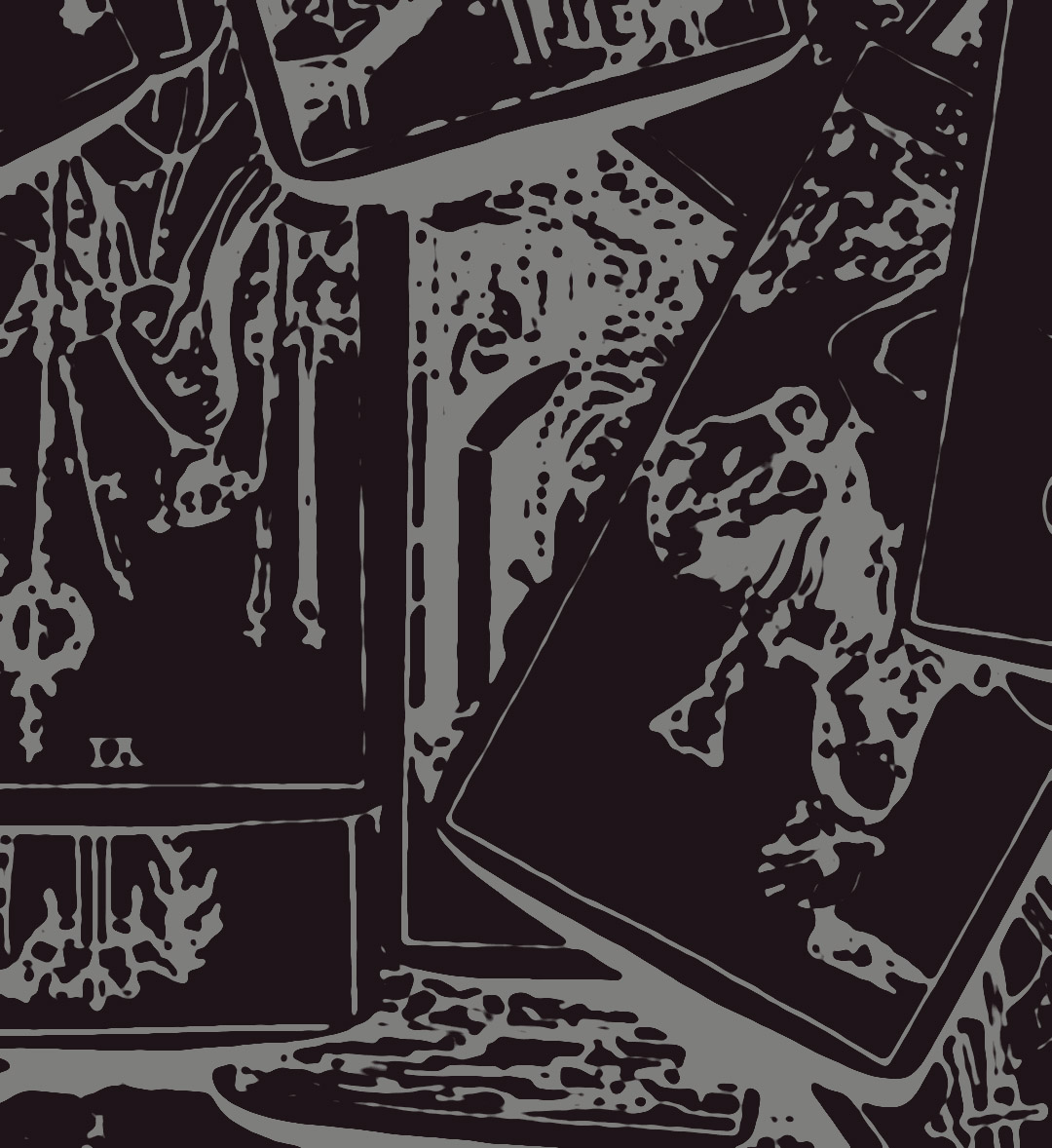 Sub-headings in this Section:

Should you try to be “psychic”?
What about using our intuition?
Also, what, actually, is intuition?
Two parts